so the song goes…”but there’s reason to believe, that maybe this year will be better than the last.” And believe me, I don’t want to throw in too many quotes and sayings, but I’m pretty sure it was Alexander Pope who said, ‘Hope springs eternal”. I was sure hoping that all of those were true.  I learn a lot of this stuff from my Mom, who doesn’t think I pay attention when she quotes poetry and song lyrics, but she’d be surprised how much a dog like me can retain. I was listening while I was looking outside, through the window, at the frozen lake, dreaming of warmer weather. 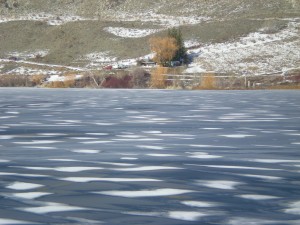 I will tell you one thing, I really like it when she sings this to me (trust me, her voice is nothing to write home about, but when she sings to me, it’s with a lot of love, and to me, that is what really matters.) “It’s just me and my dog, Catchin’ some sun, We can’t go wrong, ’cause I don’t care ’bout your hatin’ and your doubt, And I don’t care what the politicians spout, If you need a companion, Well just go right to the pound,  And find yourself a hound, And make that doggie proud, cause that’s what it’s all about.” As far as I’m concerned, no truer words have ever been spoken. Being a pound dog myself, I can really relate. Lots of people say that my Mom saved me, but she and I both know the real truth…what really happened, is that I saved her. I try not to brag, but some things just need to be acknowledged.

Regarding my knee, for me it was more like spring brought hope, but my Mom doesn’t like it when I mix my metaphors, so let’s just stick with “spring has sprung”. And thank goodness for that.  It was a long, long, winter, and I was ready for the knee to heal, and the lake to melt, and for me to get back to, well, I think you all know where I want to be…IN THE WATER!! So, the snow melted, and the lake thawed, and I was watching everything start to get interesting again. The smells came back, the grass started to get green, and the lake, well, the lake seemed lonely without me in it. So, at least for a while, I got to get back at it.

The good news here is that my right knee healed up superbly, as the doc said. Everything looked great, and I had a clean bill of health. My head was good. The soft spot isn’t nearly as soft. The neurosurgeon said that the brain lining, and the skin and the fur will all do a perfectly adequate job of protecting my soft spot. My Mom sort of questioned this, but he reminded her that she has two temples, and so far she was still walking and talking. The doc said as long as nobody poked me with a knife or a pencil, right in the soft spot, that everything would be fine.

The other good thing about having so many “special” problems is that even though they are different health issues, I only have to go to one place. All of my docs work together. That’s sure convenient for us, let me tell you, because with all of my issues, we could be driving all month if we had to go to different places. So, my right knee is fine. My x-rays show perfect healing, and the bone is back to normal, and the plates and screws are perfectly placed. Seems like I should be doing my butt wiggling, tail wagging happy dance, right?

One would think…however, sadly, one would be wrong. 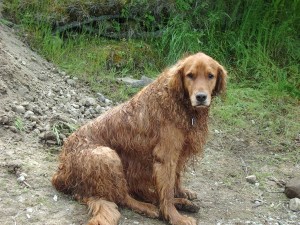 You guys are never going to believe what happened while I was healing from my first TPLO. Yup, you got it. When ever anyone says that they had a “first” anything, it pretty much guarantees that they had a second one. In case you didn’t know it, dogs only have two knees. And now, I can honestly say, that I have no more ACLs to rupture. I have already done that to both, so, as I heard my Mom say, HERE WE GO AGAIN. At first, we were thinking that we would try to get me through the summer, but it became obvious pretty quickly that that wasn’t going to work, so before the summer even officially started, I was back in the hospital.

Just so you all know, I’m a total soldier. I would swim through any amount of pain. My Mom says this is the exact reason that I have to have the surgery before the summer is over. She says I have more brawn than brains sometimes, and that I can’t be trusted down by the water. I get that she’s trying to do what’s best for me and all, but I’m not sure she realizes just what a strong swimmer I really am. Funny thing is, that I heard my Grandmom saying the EXACT SAME THING about my Mom, so I don’t think that she realizes that she is the pot calling the kettle black. Well, maybe she does, but the end result is the same…I don’t get to swim for a while, which really, really sucks, because the SUN IS OUT and the WATER IS BLUE, and frankly, it seems to be calling to me. I guess I’ll just have to ignore it, because pretty soon, I’ll be getting more plates and screws, and my knee will be ON FIRE again. Maybe then I won’t feel like swimming….but somehow I doubt it. 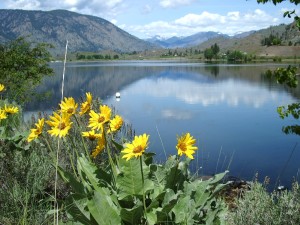